search...
Find the page, business, event, or news article you're looking for.

Comedy On The Riverside 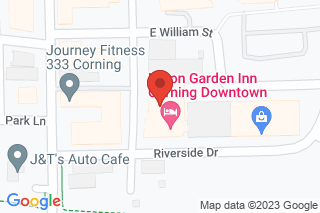 The best of NYS Comedy hosted by "The Funniest Person You've Never Heard Of" Kenneth McLaurin, with headliner Sarah Shipley.

Corning, NY, January 15th, 2022-- New York's funniest, and most entertaining comedians are coming to entertain you. Comedy on The Commons is excited to bring the best of NYS Stand-Up Comedy to the Hilton Garden Inn. Hosted by Upstate New York’s favorite comedian, Kenneth McLaurin and headlined by Rochester's own nationally touring comedian Sarah Shipley, we will also feature some of the best of the up-and-coming NYS comedians.

Kenneth, the North Carolina native has long gone by the moniker, "The Funniest Person You've Never Heard Of." But after the release of his 2nd album "Life’s A Joke, Find The Funny", that is rapidly changing. As a southern boy, living in Upstate NY, Kenneth's southern fried outlook on parenting, marriage, divorce, our culture, and life in general, keeps audiences laughing with his infectious energy and affable nature.

Sara is a quick-rising star within the Upstate, NY Comedy scene. A performance triple threat - Improvisor, Actor, and Comedian, Sara has opened for some of the biggest names in comedy including Jim Norton, Tim Meadows, and Gary Gulman. Sara recently starred in the quarantine comedy game show, For the LOLs, through the Carlson Comedy Network (returning with a LIVE studio audience this fall). When the world is not imploding, you can catch Sara performing regularly in Rochester, NY at the Comedy at the Carlson, at The Focus Theater as a member of The Urge Improv team, and as the co-producer/host of the monthly variety show, The Comedy Grab Bag.